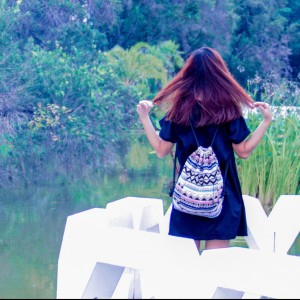 Making history in Singapore’s production and filmmaking industry is the country’s first representation at the International Emmy Awards with not just one, but two nominations.

Singapore director Leon Choo’s People Like Us has been nominated for Best Short-Form Series, while Malaysian actor Yeo Yann Yann is gunning for the Best Performance by an Actress for her role in HBO Asia’s series Invisible Stories in 2020’s International Emmy Awards.

What’s the difference between this and the Emmy Awards?

Those who keep up with pop culture would have realised that award season is usually in September, about the same time as the Venice International Film Festival and the New York Film Festival. The main awards, more commonly known as the Primetime Emmy Awards, recognises shows produced in the US, and has a greater legacy due to its richer and longer history.

Exploring the lives of the LGBTQ community

People Like Us was first released in 2016, as a collaboration between Cheo and Action For AIDS Singapore. The groundbreaking series touches on a taboo topic as four gay men as they struggle to find acceptance, love and – of course – sex – in Singapore’s strait-laced society.

The secret and often mysterious lives of the LGBTQ+ community in Singapore is given a chance on the silver screen, in a cinema landscape where gay people are usually censored or written out of scripts under Singapore’s strict censorship of the subject.

For the series to exist is already a big achievement. The second season, which boosted the show into the spotlight with its nomination, further shows that there is a demand for more stories like this.

The multi-hyphenate (Cheo is credited as director-writer-creator) shared that he was very thrilled that the series managed to resonate with the judges at the International Emmys. He also hopes that the series can help encourage awareness of sexual health and safe sex in a sensitive and relatable manner.

‘Invisible Stories’ delves into the stories of everyday Singaporeans

Under all the glitz and glamour of Singapore as a ‘clean city’ and its reputation as the backdrop for Crazy Rich Asians is your everyday people staying in government housing, all experiencing various hardships and just struggling to survive.

Malaysian actress Yeo Yann Yann takes on the role of Lian, a financially and emotionally drained single mother struggling to cope with her 19-year-old son who is diagnosed with autism. Each episode of the series focuses on a different tale from marginalised and alienated characters, like a taxi driver who’s a medium by night, the friendships between three sex workers operating a brothel out of a flat, and a bittersweet love story between a foreign construction worker and a foreign domestic worker.

Where can I watch these shows?

People Like Us is a web series, and the full two seasons are uploaded online for free viewing here. Invisible Stories is currently showing on HBO Asia – the first episode is free to watch, but a subscription for HBO Asia Online will be required to watch the entire series.

When will the results be out?

Held in New York City, the International Emmy Award ceremony will announce the winners on 23 November. Similarly to the Primetime Emmy Awards held earlier this month, the ceremony would probably give the in-person festivities a miss for a remote format due to the COVID-19 pandemic. More details will be announced soon.

Who else can we look forward at this year’s awards?

Indian drama Delhi Crime, which was picked up by Netflix after its screening at Sundance Film Festival, scored a nomination for Best Drama. Inspired by a 2012 gang rape case, Delhi Crime follows a police officer as she hunts down the assault offenders in a search for justice.

Other productions to keep an eye on are English drama Responsible Child, a drama based on a 12-year-old boy put on trial for murder, Glenda Jackson in BBC dementia drama Elizabeth is Missing, and Syrian film For Sama that is competing for Best Documentary for its epic journey of Waad al-Kateab, a journalist who was part of the rebellion in the uprising in Aleppo, where she falls in love, gets married and has a child.