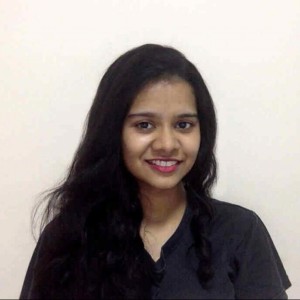 19 travellers were killed and more than 100 individuals were injured as an Air India Express passenger plane crash landed in Kerala, the South-western coastal state of India, on Friday, 7 August 2020.

The flight which was repatriating stranded Indian citizens from Dubai due to the COVID-19 pandemic had overshot the runway in heavy rain. The aircraft subsequently split into two after hitting a small gorge.

More Details About the Crash

The flight IX 1344, a Boeing 737 plane was part of the Vande Bharat Mission of the Indian government to bring home citizens who were located outside their native country. The plane was reportedly carrying a total of 190 passengers and the passenger list included 10 infants.

19 individuals, including the pilot, co-pilot, and a 4 year-old died as a result of the crash. At least 23 others are in critical condition at the moment.

Most passengers were workers living in the United Arab Emirates (UAE), many of whom had recently lost their jobs. They were placed on waiting lists for weeks in order to board a flight back home. Investigations are still ongoing as to figure out the exact cause of the plane crash.

Prime Minister Narendra Modi had tweeted the following: “Pained by the plane accident in Kozhikode. My thoughts are with those who lost their loved ones. May the injured recover atthe earliest. Spoke to Kerala CM @vijayanpinarayi Ji regarding the situation.  Authorities are at the spot, providing all assistance to the affected.”

India’s Aviation Minister, Hardeep Singh Puri, visited the scene of the crash on Saturday, 8 August 2020. He announced the recovery of the flight data recorder and cockpit voice recorder as tools that prove crucial to investigating the crash.

Minister Puri also commended the deceased pilot’s efforts for minimising the number of casualties to his best abilities, as the plane had fallen 35 feet (10 metres) down. Another official shared with AFP how a senior emergency official had said that “fuel had leaked out so it was a miracle that the plane did not catch fire, [else] the toll could have been much higher”.

Mr Deepak Sathe, Wing Commander of the flight, was also a former Air Force fighter pilot. The news of Deepak’s demise reached his mother, Mrs Neela Sathe, on the morning of her 83rd birthday. Neela’s daughter, Anjali Parashar, had planned a birthday surprise for her parents but unfortunately, had to rush to Kozhikode to collect Deepak’s body.

One of the victims, Mr Sharafu Pilassery, had posted a family picture on his social media platform with his wife and 3 year-old daughter. The caption read “Back to home” and the three were seen dressed in white protective bodysuits and face shields.

Mr Pilaserry was severely injured in the crash and gave in to his injuries at Baby Memorial Hospital on Friday night. Officials confirmed that his wife is in stable condition but that his daughter remains in critical care.

Upon hearing a loud crash, many locals had come down to help passengers out of the
crashed aircraft. One of the locals who rushed down to assist the injured was Mr Muhammed Rafi from Koduvally, a town that is located near the site of the incident at Karipur Airport.

Mr Rafi mentioned that “within one and a half hours, [they] helped to admit all injured passengers in nearby hospitals”.

The state government of Kerala has offered 1 Million Rupees (S$18,300) to the victims’ families and added that they will bear the medical expenses of all survivors.

Kerala Chief Minister Pinarayi Vijayan announced that as one of the passengers who died in the plane crash had tested positive for COVID-19, all survivors and rescue workers involved in the incident are now being tested for the virus.