Twitter Launches Birdwatch to Fight Misinformation Within Its Community 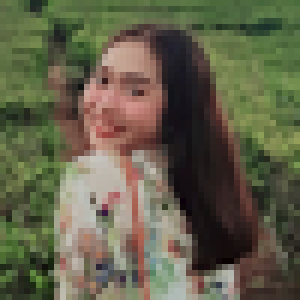 Twitter’s latest program, Birdwatch, is designed to target misinformation that has proliferated on the platform. With this program, users can now perform fact-check on tweets to curb the further spread of misinformation on the social networking site.

How does Birdwatch work?

“Birdwatch allows people to identify information in Tweets they believe is misleading or false, and write notes that provide informative context,” Twitter’s Vice President of Product, Mr Keith Coleman, shared in a press release. “We believe this approach has the potential to respond quickly when misleading information spreads, adding context that people trust and find valuable.”

This standalone pilot program has been described as a community-driven project and involves 1,000 users in the United States for a start. To be part of the Birdwatch community, one would have to be registered on the website with a verified email address, a phone number with a “trusted” US wireless carrier, as well as an existing Twitter account, free of any policy violations.

Birdwatch seems to be yet another instalment to the line of existing community programs utilised on platforms such as Wikipedia and Reddit. While Wikipedia allows just about anyone to modify and edit information on their pages, Birdwatch does not allow that.

And while Wikipedia keeps track of the direct changes and edits made on its encyclopaedic articles, Birdwatch only allows for its pilot users to contribute notes that add context to individual tweets on the Birdwatch website itself. These notes will not be publicly seen by users outside the pilot group for now.

Once there is consensus from a broad and diverse set of contributors, the notes will be made available for Twitter users worldwide. Through this approach, Twitter believes that it can combat any form of misinformation quickly with the support of credible and valuable notes.

What if a contributed note does not value-add?

To prevent bad-faith users from taking over the program, Birdwatch’s users can also rate a note as ‘helpful’ or ‘unhelpful’. Should a note have enough ‘helpful’ ratings recorded, it may be pushed up to the top of the list, according to Twitter. Implementing such a ranking system will help Birdwatch keep any biased or misleading notes at bay.

Different from Reddit’s user rating system which is organised into sub-communities and moderated by volunteer administrators, the ratings recorded would be assembled into Birdwatch’s very own profile that is separate from Twitter’s.

How can we tell if Birdwatch is here to stay?

Every data contributed to Birdwatch will be made downloadable in TSV files, and with time, Twitter will publish algorithms that publicly powers the program in a Birdwatch Guide. With the collected data, experts will be able to further analyse and audit the effectiveness of the program.

READ: Managing the Pressures of Social Media: A Youth Perspective

Twitter said it aims to build a community of diligent Birdwatchers who moderate and label tweets in its main product over time.

How will Twitter ensure users do not misuse Birdwatch?

Twitter has made it quite clear how they plan to address possibilities of users abusing the new community-contribution system. It is unclear how they will prevent users from flagging accurate tweets as misinformation or from spamming the notes thread with incorrect information.

As of now, the notes and feedback collated will be solely used to shape the program. While the pilot program runs, Twitter will be figuring out how to reach its goal of getting the general community to decide when and what context should be added to a tweet.

“We know there are a number of challenges toward building a community-driven system like this – from making it resistant to manipulation attempts to ensuring it isn’t dominated by a simple majority or biased based on its distribution of contributors,” Mr Coleman wrote. “We believe this is a model worth trying.”