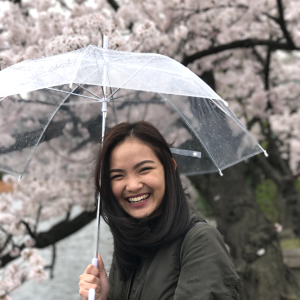 Clean, calm, simple, and harmonious. These are just some of the words that are commonly associated with the Japanese home aesthetic. In more recent times, people across the globe have been drawn to Japanese interior design and have taken it upon themselves to recreate this particular aesthetic in their own homes.

For many years, the Japanese have always been known for their incredible attention to detail and design aesthetic, and have heavily influenced Western design aesthetics. But when the Netflix Original Series, Tidying Up with Marie Kondo premiered in 2019, the Japanese home aesthetic sparked an interest in people across the globe.

What defines the Japanese home aesthetic? Japanese design principles are founded on functionality, minimalism, and nature.

Traditionally, Japanese houses feature wide, open living spaces that allow for multi-functionality. For instance, a large living space can also function as a lounge, dining area, or perhaps a bedroom. Today, people who live in cities stay in smaller apartments, often minuscule in comparison to traditional Japanese houses. With limited space, they have to make good use of multi-functional furniture in order to make their space work for them.

Minimalism and decluttering go hand-in-hand in Japanese interiors. If you’ve heard of Marie Kondo, you’ll know what we’re talking about. The concept of Japanese minimalism is inspired by the spartan aesthetic of Japan’s traditional Zen Buddhism, which goes against modern consumerism and focuses on living a simple life by adhering to the bare necessities. It’s just as the saying goes, “less is more”.

In any Japanese home that you walk into, you’ll find that the interior is always in-tune with nature and natural light. Japanese home design is largely influenced by a close harmony and connection to nature, as well as an appreciation for the earth’s natural gifts. From furniture, artwork, and plants, there is an abundance of ways to integrate nature and light into your home. As a result, nature is no longer just a running theme throughout the house, but is an embodiment of a natural environment in an urban setting. If you want to replicate classic features of Japanese interior design in your home, here are some key elements that can get you started.

Sliding screens, also known as shoji screens, are one of the most iconic features in a Japanese home. They are traditionally made from rice paper framed by wood, but modern versions of shoji screens now use glass panels instead to make it sturdier and easier to maintain. Shoji screens are meant to let natural light into the space and are seen as an essential part of living for the Japanese.

From dining room to bedroom furniture, you’ll notice that Japanese furniture is often set low to the ground. This can be seen from chairs, beds, and even tables. Japanese people believe in the concept of ma, which refers to negative space and the desire for simplicity. The concept of “floor culture” is also steeped in tradition, where most Japanese families would eat and even sleep on the floor. This is because there was little furniture to sit or sleep on in ancient times. With that, the Japanese used the floor to sit and sleep on.

Along with low furniture, tatami flooring is also another feature that is unique to Japanese architecture. These mats are made with woven straw that measures about one by two meters in size. In traditional Japanese homes, there would be tatami rooms that serve as sleeping or living areas in homes, as well as study areas in temples. Tatami flooring is often associated with tatami etiquette, where people are allowed on the mats if they remove their shoes — walking barefoot or with socks is allowed.

Whether it’s a traditional or modern Japanese household, chances are you’ll find a rock garden within the interior of the house. Typically, rock gardens consist of water features, rocks, greenery, as well as rocks and gravel. The purpose of this is to incorporate the essence of nature into one’s home and serves as a space for meditation.

Why are people so drawn to it? Trends in interior design are constantly evolving. But despite the evolution of trends in interior design, the Japanese home aesthetic remains timeless and influential to many. The interiors and fundamental design elements are not just laden with stylish and functional furniture, but with ideologies concerning life. When incorporating Japanese interior design elements into your home, you are also embracing the philosophy of these practices and embodying the lifestyle as well.

We live in such a time where the hustle and bustle of life are glorified, often way too much, that we forget to slow down and take a breath. Maybe this is why more and more people are becoming drawn to the Japanese home aesthetic — not just for its classic look and feel, but to also find a sense of peace and calm in our surroundings.