From the fringes to the mainstream: The aspirations of new Olympic sports 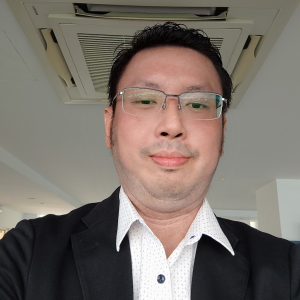 Keeping the Olympic Games relevant with each new generation of young people around the world has been on the minds of the global fraternity in recent years. The upcoming 32nd edition of the Summer Olympic Games in Tokyo will see four new sports – skateboarding, sport climbing, karate and surfing – make their debut appearances. TheHomeGround Asia explores how these additions would attract a younger audience.

In announcing these new Olympic sports in the International Olympic Committee (IOC) Session at Rio de Janeiro on August 2016, President Thomas Bach had emphasised the need to connect the quadrennial global multi-sport event to the young.

“With the many options that young people have, we cannot expect anymore that they will come automatically to us. We have to go to them,” Mr Bach said. “The sports are an innovative combination of established and emerging, youth-focused events that are popular in Japan and will add legacy to the Tokyo Games.”

Graduating from the X Games

Skateboarding and sport climbing entered the global mainstream sporting platform from their humble beginnings at the X Games, a multi-disciplinary sporting event for youth-focused extreme sports.

Seasoned skateboarding veteran Pham Tan is heartened that his sport’s inclusion has affirmed the shift in public perception in recent years.

“Finally skateboarding has a positive light shining on its path and its inclusion in the Olympics bring a more positive approach,” says the 36-year-old who has been practising the sport for two decades.

Secretary-General of the Singapore Sport Climbing and Mountaineering Federation Rasip Isnin is also delighted to see sport climbing included in the Olympic programme.

“The fraternity was overwhelmed [with joy] as it took our sport less than 15 years to be included as a medal sport, compared to some which took a longer period to get into the Olympics,” he says.

Being recognised as a sport by the IOC is the easy part; to be included as an Olympic medal event means putting in the hard yards behind the scenes.

This was the case for karate. Recognised as an international sport by the IOC in 1999, the Japanese martial arts took close to two decades to successfully lobby for its inclusion in Tokyo.

Singapore Karate-Do Federation President David Thong is pleased to see the hard work from the world and continental federations pay off, as karate becomes the third Asian martial arts after judo (1964 in Tokyo) and taekwondo (1988 in Seoul) to feature in the mainstream Olympics medal programme.

“As an administrator and having participated in the management of the sport, I have learned that in order for any sport to be included in the Olympics, there are many aspects to be considered by the IOC,” says the 59-year-old, who has practised the sport for 43 years.

“The fraternity as a whole has to work very hard to promote the sport, ensure it is run cleanly and to lobby for support at the local and international levels,” adds Mr Thong.

When a sport is included in the mainstream Olympics programme for the first time, the global spotlight falls on it, as the public gets curious about its appeal to the masses.

At the local level, the inclusion injects fresh impetus and momentum in its growth: “Being an Olympic sport changes the perception of skateboarding for both skaters and non-skaters alike,” says Mr Tan.

“It is generally good for the sport in the public eye, which has come a long way from its previous perception and association with delinquents in the past.”

The Founder of skateboarding school Por Vida Skateboarding in Singapore notices the increase in participation rates, particularly during the pandemic period.

“There has been a spike in the number of people taking up skateboarding. Not only are schools offering it as a co-curricular activity, more people are picking it up as they need an outlet to release the tension within due to COVID-19,” he shares.

Mr Thong feels the introduction of karate in the Olympics has provided the impetus for the local fraternity to keep up the level of interest in the sport at the grassroots level.

“We have seen the increase in participation in part due to the hard work by the Singapore Karate[-Do] Federation in the last few years,” he says.

“We decided to go back to the basics by engaging the public and introducing karate as an art and a sport. Our athletes are the ambassadors of the sport by doing road shows and community work, which has translated into renewed public interest.”

As for sport climbing, Mr Rasip thinks that having more climbing walls sprouting up around various venues in Singapore, including a handful at shopping malls, affirms its popularity .

“Sport climbing has seen an increase in popularity, with more schools offering it as a CCA and competitions from the tertiary institutions and climbing gyms,” says the 60-year-old.

From sporting arts to competition

The three sports have come a long way from their respective starting points as a physical art or lifestyle to sporting competition.

The latter two’s evolutions into medal sporting events have seen mixed reactions from a number of global leading practitioners. In skateboarding, German pioneer Titus Dittmann was critical of the shift, saying in a DW interview: “The Olympics will transform a youth culture into an Olympic sport.

“The kids set themselves goals, such as creating a certain trick. When they master the trick, they experience an incredible euphoria, which has a positive effect on their self-esteem. Suddenly, it’s going to be all about being better than the other guy.”

Mr Tan concurs with this view but feels that having the sport in the Olympics gives skaters specific goals to aim towards, as they work their way to the top of the game at the elite level.

“I won’t call it a sport, but a lifestyle,” he says. “Some people though are competitive and want to take skateboarding to another level.

“They want to channel their energy the other way. Having the sport in the SEA Games and now the Olympics is a good stepping stone, providing opportunities for our skateboarders to take part and gain exposure.”

For sport climbing in the Olympics, the competition format sees participants compete in all three disciplines – speed climbing, lead and bouldering. This is in contrast of these disciplines being held as separate events in international competition.

The odd combination of racing and technique display gives the climbers the unique challenge of also having to work on both their specialised discipline and weak areas, to become the best all-round sport climber.

Mr Rasip likens the format to that of the triathlon, where participants have to compete in swimming, cycling and running in this long-distance multi-disciplinary event.

“The concept was introduced as only one medal per gender was approved for the Olympics,” he explains. “To allow more climbers to participate, the three disciplines are incorporated instead of just focusing on one.”

Regardless of the competition format, Mr Thong sees reaching the Olympics as a long-term pinnacle for the sacrifices made in these athletes’ journeys to the top.

“Nothing will replace the hard work, sweat and tears that are required in the harsh reality of all athletes,” says the experienced karate administrator.

“For a SEA Games medal, athletes will have to put in three to five years of hard work. An Asian Games medal will take approximately five to seven years of hard training. For an Olympic medal, that will require at least eight to 10 years.”

All the interviewees tell TheHomeGround Asia that they hope for a lasting legacy in their respective sports beyond the Olympics, where many viewers will be watching them for the first time.

For Mr Thong, it is an opportunity for the world to see the grace and elegance in karate, particularly in the kata segment, where karatekas have to display a series of movements and be judged.

“I want the world to see the beauty and ferocity of the sport, putting karate out there as the mainstream sport it deserves to be,” he says. “I hope it may even add a romantic and glamourous spin to the sport.”

For Messrs Rasip and Tan, they hope their respective sports’ appearances in the Olympics will culminate in a deeper appreciation and improvement in support and infrastructure.

“I hope the local authorities can provide more support and build more such [international-standard skateboarding] facilities for us and the public to use as we are lacking in such facilities,” suggests Mr Tan.

Mr Rasip concurs, sharing his wish that local authorities would appreciate the “urgent need” to build a national climbing gym for national athletes “to train and improve their standards for regional and international competitions.”

He also wants more people to “get attracted to sport climbing and understand how the competition is being run at the higher levels.”

Mee rebus is a delicious bowl of egg noodles in thick gravy, topped with eggs, tofu, chillies and limes. A.

MIDNIGHT MAKAN – Citrus By The PoolHere at Midnight Makan, we travel around Singapore looking for food past midnight and discovering simple foods that taste great. In this episode, we venture…
17 May 2022 1 min read