Crew Eats: The crew at The Coconut Club share their go-to places for a bite 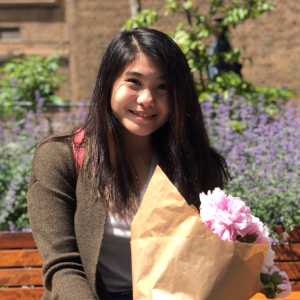 The food and beverage industry in Singapore has been hit hard by the pandemic. But what would this island nation be without its food culture? And more importantly, the people behind the scenes and front of house, who are essentially the soul of the eateries we patronise and go to for delicious food and exceptional service?

But how do they satiate their own hunger after hours, or when they are not at work?

TheHomeGround Asia spoke with the team at The Coconut Club (TCC), a famed nasi lemak restaurant located at 28 Ann Siang Road, which in April joined the stable of restaurants owned by The Lo and Behold Group. Opened in 2016, TCC’s late chef-founder Lee Eng Su, who died in 2019, is often praised by staff to have instilled a sense of family among all who work at the restaurant.

From TCC’s sous chef to assistant manager, we asked where their go-to places for a meal are before and after their shifts. While most of the nine staff of this crew spend their days at TCC, they do take the time outside of work for a comforting meal.

Swenn Chng says that she tends to venture to places that brings her comfort: “My current go-to is Jerry’s at Club Street! The auntie is an angel, greeting us with a huge smile and taking care of us whilst we’re dining. The sofa chairs are few, but so comfortable that you never want to leave.”

Most of Ms Chng’s after-shift meals are at home, where she feels the most, well, at home. But she also enjoys heading to The Assembly Ground (two outlets at The Cathay and Cineleisure) for her “absolute favourite pasta”, the crab pomodoro, and to binge watch Space Force.

For a well-deserved cocktail, or two, at the end of a long work-week, she recommends The Spiffy Dapper. Ms Chng says that staff at this bar are extremely passionate about what they do: “The team is… always down to have a quick chat, even under the mountain of orders they have during the peak of service. I’m always greeted with a yell of my name, hugs when possible, and a double whiskey sour by the bar!”

For Central Kitchen Head Chef Anggit Zafendi, nothing beats a hearty, home-cooked meal after his shift. But if Mr Anggit is going to eat out, he does enjoy his seafood or a meal at Karu’s Indian Banana Leaf Restaurant.

Opening hours
Tuesday to Sunday: 10.30am – 10pm
Closed on Mondays

Fast food to wrap up a busy day? What’s not to like! For Patricia, or ‘Pat’, Nale Ann Navarro, the Supervisor at TCC, it’s a McDonald’s meal that hits the spot. And what would it take to quench that thirst? It’s “Starbucks for their caramel macchiato,” says Ms Navarro, who also enjoys dining “almost anywhere that sells sushi, pizza or pasta.”

Simple and quick is the way to go after a long shift, say Sulaiman Jamaludin, TCC Sous Chef and Senior Waiter Muhammad Syafiq.

Mr Syafiq shares that he usually grabs a snack from 7-Eleven as “it’s the nearest and most convenient”, while Mr Sulaiman prefers “something light and fast.”

On freer days, Mr Sulaiman, whose nickname is ‘Bear’, enjoys heading to Arab Street or Simpang Bedok for a meal, while Mr Syafiq likes dining at Golden Mile, a haven for Thai cuisine.

Assistant Manager Kamarrul Hakim, also known as ‘Kimmy’, enjoys dropping by Al-Ameen for a comforting Indian meal on the way home. On other days, you might also find Kimmy putting away a ‘legendary steak’, ‘grillworks chicken’ or burger at Andes by Astons, which has more than five outlets around the island. And perhaps hanging out at Kanpai, his favourite spot for grabbing a drink.

Sometimes, a traditional Singaporean meal is all you need to end the day. Michelle Paul, the Executive of Accounts at TCC, who has been with the team since 2019, satisfies Ms Paul’s stomach with a trip to Maxwell Food Centre after her shift, which is around the corner from the office. Her go-to meals at the hawker centre include Yi Jia Teochew Fish Porridge & Soup and Michelin-recommended stall Rojak. Popiah & Cockle.

Opening hours
Monday to Saturday: 8 – 2am
Closed on Sundays

Similarly, Assistant General Manager Amir Jamil delights in a local meal at East Coast Lagoon Food Village, when he gets a chance. After a shift, though, a hearty plate of chicken rice from Go-Ang Pratunam Chicken Rice (four outlets across the island at NEX, Plaza Singapura, VivoCity and JEM) is all Mr Amir needs. The chain from Thailand is on the Michelin Bib Gourmand of the Bangkok Guide, and it opened its first overseas outlet in Singapore. As someone who appears to like being by the sea, he also recommends Privé at Keppel Bay for drinks.

Japanese food is Felicia Leow’s cuisine of choice if eating out. But when it comes to after a shift, Ms Leow says she is not “usually hungry for food.” Instead, a cigarette is all she needs. For drinks, she shares her favourite spot with several other TCC colleagues, The Spiffy Dapper.