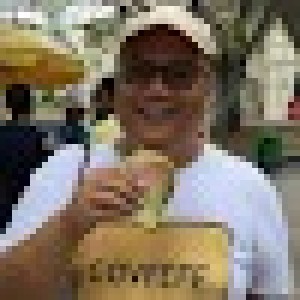 As inflation spirals and life costs a lot more than it did two years ago, it is time to make whatever money you have in the bank work as hard as possible, if not harder.

A common back-of-the-envelope calculation used by financial planners and experienced investors is “The Rule of 72” – which estimates the number of years needed to double the money invested at a given annual rate of return.

A small increase in interest rate can make a big difference over time, which is why leaving excess funds in savings accounts that earn as little as 0.05 per cent per annum can be highly detrimental over the long run.

While most people have flocked to banks to open fixed deposits accounts, as seen by the long queues at many branches, experienced investors such as Goh Eng Yeow, a retired financial columnist and author, prefer to invest in government bonds, which pay higher interest.

Mr Goh, who has written three books on financial planning, says Singaporeans can generate higher returns on their savings by investing in government bonds and treasury bills (t-bills), which pay higher interest rates than fixed and savings deposits. Such investments carry little risk since they are backed by the Singapore government.

The three six-month t-bills issued in October 2022, for instance, paid investors a higher annual yield than what banks were offering on fixed deposits to customers who meet certain conditions.

Mr Goh has been using funds in his CPF Ordinary Account, which earn 2.5 per cent a year, to buy six-month treasury bills (T-bills) from the Singapore government that provided investors with an annualised return of 3.77 per cent and 4.19 per cent in the two most recent auctions.

Singapore government bonds are backed by the state, which means the risks are minimal and investors can have every confidence of getting their money back when the bonds mature.

Mr Stephen Chen, a full-time investor, says the short-term nature of T-bills is another attraction since money invested will not be tied up for too long. He has invested in T-bills for the higher interest rates and is holding back on riskier investments for now.

While there are several different Singapore government bonds available to investors, those who are risk averse should focus on Singapore Savings Bonds (SSB) and T-bills.

Investors who are interested in SSBs and T-bills must have a bank account with one of Singapore’s three local banks, namely, DBS/POSB, Oversea-Chinese Banking Corp (OCBC) and United Overseas Bank. They would also need an individual Central Depository (CDP) account that is linked to the bank account so that payments can be credited directly.

The Singapore government issues a new batch of six-month T-bills every two weeks, and one-year T-bills every three months. The minimum amount needed to apply for these T-bills is S$1,000.

The application dates can be found online.

Investors can apply through their bank’s website or ATM. If successful, investors will receive the interest payment upfront and the money that they had put in will be returned at the end of the six-month period.

For simplicity, investors should put in a non-competitive bid where there is no need to specify a price and leave the bidding to larger and more sophisticated investors.

The cut-off yield on the T-bill, which is the interest payable, will only be determined on the day of the auction.

Using the recent T-bill auction on 18 Oct as an example, an investor, who applied for S$10,000 worth of T-bill pays 98.12 cents to the dollar, effectively earning an interest of 1.88 cents.

Singapore Savings Bonds (SSB) are long-term savings instruments for mom-and-pop investors. Each SSB has a term of 10 years and the interest payments are designed such that the yield increases over time.

SSBs can be redeemed at any time without penalty although there is an administrative fee of S$2 per transaction.

Unlike T-bills, the interest payable on the SSBs is clearly stated in the above example, which is for the SSB to be issued on 1 Nov, 2022. The minimum amount needed to buy an SSB is S$500 and investors can subscribe using cash or the SRS. The interest is paid every six months and is credited directly into the investor’s bank account.

At the end of 10 years, the principal amount will be returned to the SSB holder along with the last interest payment.

But should a person decide to redeem the bond at an earlier date, he can do so through the bank and receive his principal along with accrued interest.

For instance, should a person invest S$10,000 in the 1 Nov 2022 SSB, MAS will buy back the SSB at the face value of S$10,000 four years later in 2025, even if interest rates go up to 6 per cent by then. If the investor owned a regular bond that paid 3.2 per cent, he would have to sell the bond at a steep discount since the 3.2 per cent interest rate would no longer be attractive.

Many banks in Singapore offer multiplier savings accounts, which can potentially earn even higher interest rates than government bonds. But these plans are often complex and customers who earn the best rates must fulfil a whole list of conditions.

For instance, one popular multiplier account requires customers to credit their salaries into the account, apply for a credit card, buy an insurance plan and open an investment account.

Some banks only pay the higher interest rates on new funds, which means existing deposits continue to earn a lot less.

Many financial planners recommend taking advantage of the market downturn to buy stocks and commodities, which have historically done well when inflation is high. Such investments, however, are risky since it is hard to predict how low stocks will fall to or when markets will start to recover.

RELATED: Recession and inflation: Why the economy will worsen before conditions improve